On Survival, Bandaids, and Broomsticks

My 6-year-old, M, cut her hand last night.  No big deal.  Nothing stitch worthy.  Sure, it was a little deeper than most cuts my kids get, but insignificant – to me.

Well…I guess she did have {gasp} actual blood and {double gasp} it even DRIPPED!  I suppose you should know that for 4 and 6-year-old girls, or at least these two, this means shrieking, crying, yelling and running around the house in sheer terror.  Sheesh!  You’d have thought she lost her hand!  I double checked.  Their brother may have laughed…but I kept my straight face.  The screaming was enough to keep me sober, or maybe yell myself.  Thankfully, my ever-practical-4-year-old didn’t just scream, but ran to the rescue her sister, retrieving a bandaid.

But Oh M!  Perhaps because of the pain and trial she’s seen her brother go through (one particular surgery had a very rough recovery a few years back), or hey – maybe it’s just personality, (her mom does have a little flare for drama), but whatever the reason, the girl looses almost all reason when facing, shots, cuts, pain of any kind.   My M can be down-right combative with the slightest injury, or perception of one.  I imagine this crazy train is driven by her fear of pain unstopping or worsening pain , and I know it can be dangerous too.  I wince to think of what will happen if she’s ever seriously injured.

This time, thankfully, the sight of the all-healing {ta-da!} bandaid calmed her down enough.  M took the bandaid as I pealed her fingers from the broom situated between her legs. (I’m not sure what magical game she was playing when she cut herself, but throughout the whole debacle she never let go of the broom.  I’m pretty sure she had no idea she was clutching it.)

This morning, panic took over again.  M COULD NOT let me replace her bandaid, but it was her idea.  She desperately wanted me to.  {And let’s all take a moment here to laugh at the idea of a child begging you to do something and running from you at the same time.  We would never do such a thing, right?}  So, I pulled out my mother-of-a-panicking-6-year-old-manual and I told her what I’ve been reading, you know, – about a solider being lost at sea, starving, fighting off sharks…because this totally relates to a 6-year-old-all-hands-on-deck-emergency.

I tell her how the starving men lost at sea focused their minds on other things, how panic brought them closer to death, but controlling their minds, thinking of other things, meant survival.  Surprisingly, nothing magical happened here.  She and her soggy bandaid took the story with them as they dressed for school.

Later, she came back…with a bagel (in her non-mangled hand, mind you).  She announced that I could now remove the bandaid.  I asked what changed, and M proudly told me that she knew how to control her mind.  She was going to think about eating her yummy bagel (and actually eat it) it while I took her bandaid off.  Her idea worked…even {miracle of miracles} when I had to pull out the scissors, panic was kept at bay.

My child has conquered fear

And somewhere in there – somewhere in the unwrapping of little fingers from a broom and trashing a soggy bandaid…or…okay okay, maybe just now, I realize that this thing I’ve been trying to put my fingers on for weeks was right in front of me.

I watched the 60 minutes interview about “Unbroken” weeks ago.  I was mesmorized listening to the survivors talk.  One POW told of watching a local woman get beheaded on the spot – for offering him a sip water.  The same man said that – from the start you could tell who would make it on the first day.  It had everything to do with their outlook.  The POW spoke of how the more negative captives would become depressed.  As their mind gave in, their bodies followed.  They became sick and never lived much long after.

I have close friendships with many other families living with kernicterus, loss, disability, wounded veterans, life-scars…you name it.

Although these hold nothing up to the experience of living in captivity, being tortured daily – there is no helping the fear, the anger, the grief that comes with these losses, especially in the initial and intense stages of these things.

I’ve wondered how anyone would ever want to read my son’s story.

Kernicterus (this happened to my son as a result of mismanaged newborn jaundice) stories are particularly tragic as they are an easily preventable mistake (i.e. – a dollar blood test that wasn’t done, a treatment light that wasn’t turned on, a bad judgement call based on skin color) that comes with a lifetime of hardship (hearing loss, cerebral palsy, inability to care for self, speak, eat, control movement etc), and it happens all too often, sometimes with a cover-up.  I know how blinding anger is, how isolating the fear could be, even when you have no idea that it’s heaped upon your back.

I also know of the different kind of joy that can grow in the valley, when the anger lifts, when the fear is laid down (a continual process that I have by no means perfected.)  In God’s grace, I take lessons – sometimes on the hillside, sometimes in the valley.

There is something in how you tell a story, how you live it.

The reviews of the movie “Unbroken” reminded me of this.   I read reviews that said things like: “suffering, suffering, and more suffering,” with “all of the suffering but none of the humanity,” and “It plays like an endless, unrelieved gauntlet of suffering, an onslaught untempered by grace or redemption.” Ouch!

But the book – I can’t put it down.  It doesn’t focus on the drudgery, the pain, but on the actual act of surviving…and this – I’m inspired by this!

The best stories ever written have unspeakable loss, but that’s never the end.

Does your story have it?  We all have loss, but do we survive?

How is it that we release the broom, let the bandaid come? 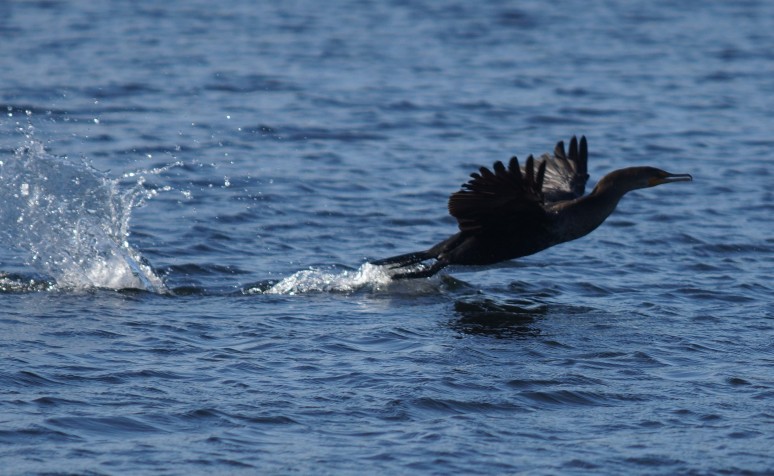 One thought on “On Survival, Bandaids, and Broomsticks”